WARM : the radio airplay tracking tool the industry was missing

Data analytics is crucial for artists and music producers today. From social networks to YouTube views, streams, downloads… They are key in the process of identifying who are the fans of an artist, how they behave and where they are.

In the meantime, radio is still strong, resisting all the so-called “killers”. Even more than before, the medium is a great way for music lovers to discover new artists. Problem: it is quite difficult for artists or their team to track accurately the airplays of a song. That was until now. WARM (“World Airplay Radio Monitor”) is here to support the industry, bridge the gap and track radio airplays accurately.

WARM is the largest radio monitor service, helping artists, songwriters, producers and managers track radio airplay around the world. I had the chance to chat with Jesper Skibsby, WARM cofounder, just before his keynote in Paris for the European Radio Show on January 27, 2018.

Jesper started in the music business as a manager for several bands in Denmark. A quick tour on his LinkedIn profile will give you a good overview of his extensive knowledge of the industry.

The idea for WARM came to him while managing one of these band. Checking the airplay data, he realises that a Polish radio station was playing one of their song on a regular basis even though all the promotion was focused on Denmark. After the label refused to extend the scope of promotion to Poland too, Jesper took the matter on his own hand and sent the new tracks there himself.

This is how he sums up his goal with WARM: “If all artists, independent or signed, could get access to this kind of data in real time, they’d get access to a whole new range of information.”

The next logical step happened 4 years ago when he decided to collaborate with Bach Technologies, a German company that already had created the back-end technology required for WARM to run. WARM officially launches in April 2017 with a strong desire to help the music industry. “For me it was stupid that the artists and small labels could not follow their radio airplay. They have access to all the streaming data, but for the media that has been here for years, they don’t.”

Emerging markets are the key target for the service. “Our goal is to support the long tail artists. I find it much more interesting to help the 95% artists that split the 5% revenues. Emerging artists really need that kind of products to strive.”

Jesper is soon joined by CIO Kristoffer Jensen and Head of Communication Sherin Almajid. Since January 2018, the ambitious team counts three new employees. And 2018 is off to a good start. “We already have several clients: promo agencies, artists, labels, managers, radio promoters… We closed our first deal with a major company a few days ago. More and more people are adopting the service.” 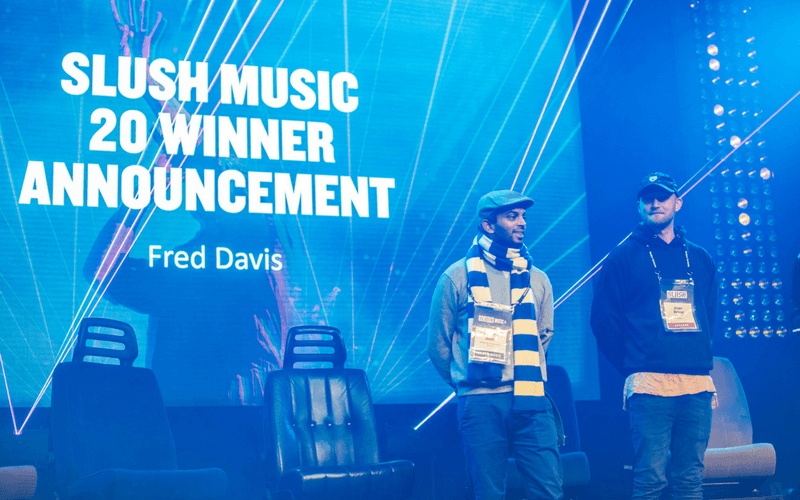 What’s in for WARM clients:

WARM tracks airplays on traditional AM/FM radios, but also online radios and radio DAB. As of today, the service tracks more than 24,000 radios in 124 cities worldwide. And the number never stops growing.

With Airplay data, WARM’s clients can identify emerging trends and fine-tune their marketing strategy, radio promotion and even tour planning. The analysis is much more precise than what can be done with Spotify data for example. “If you are an artist and you check your Spotify data, you could conclude that you are famous in 5 cities. But in reality, maybe it is just that Spotify added your song to playlists that are popular in these cities. So, the people listening to the playlists may not be your fans, just people who heard your track. I don’t think Spotify data alone can let you have a precise view on your potential market and the localisation of your fans.”

With WARM, clients can also keep a record of their radio airplay, which can be very useful as a justification for royalties’ payments. It is up to clients to undertake the necessary steps to get paid. “This topic is very interesting, but it is not our focus now. the value we bring to the market is information. And the collecting processes are so different from one country to another!”

The other big advantage of WARM’s data is that they are fundamentally international, and don’t depend on one platform or the other. “In many markets, Spotify is not the dominant streaming service. In France you have Deezer, in the USA Apple and TIDAL, in China it’s a whole other story. Radio is international, it’s the same format everywhere”.

But when necessary, WARM can display very localized data. “If you are an Islandic band and you realized a radio in Wisconsin is playing your song, you now have a very specific and relevant target to address, a specific fans demography. And to get in touch with these fans, you just need to get in touch with the radio host. As he already played your song, you know he already likes you. There is no reason not to get in touch. This is what happened with my band, and it can be the same for every band and artist. Our focus is to ease this process as much as possible for every artist“.

Artists and their teams can now define a much more accurate strategy to get famous. “If you are a rock band in the UK, why not trying to focus your promotion in Southern or Eastern Europe where rock is big? There are already so many rock bands trying to make it in the UK!“.

The team is working on a plugin, WARM RPS, to facilitate even more this process. Based on an Artificial Intelligence, the plugin will allow clients to track a song from the moment it was sent to radio stations up until the actual broadcasting of the song on radio stations. “We are currently discussing with a lot of radio stations to understand how they’d like to product to be built. WARM’s #1 objective is to help the artists, but if radios don’t use the service then it will be no use for artists anyway.” A very beta version of the plugin should be launched in the coming days exclusively for the yearly subscribers.

A service available for all artists

To remain consistent with their willingness to make radio data available to all artists, the WARM team has decided to make the product easily accessible for all artists financially. For as low as 5€ per month, an artist can track one song. The fee is 36€ for one song tracked for one year. “Other pricing models are currently being developed too for clients who want to track songs for a longer period, like radio promotion agencies or labels for example.”

A market saturated with data, who needs to be educated

Tracking and data analysis is a booming sector in the music business. For all that, Jesper is not worried about competition. “We use a much more sophisticated technology, easier to expand. Some of our competitors gather data from a lot of sources, including radio, but with less details and facility.”

Other services tracking radio airplay also tend to focus on big clients like music majors and other large music companies. “This is the opposite of what we are trying to do. I think nobody launched a service like WARM before because big companies are interested in airplay only when they think they can get money out of it. Not to discover new markets, new trends. I hope this will change when all artists will get access to these data!“.

The team focuses their efforts in educating the market. “One of the main issue I’m facing when promoting WARM is that most of the time people think that somebody else is in charge of tracking airplay in their team. Artists think that labels are doing it, labels, think radio agencies are doing it. And in the end, nobody gets the info. Because of this they think they don’t need a product like WARM, even though it’s capable of doing much more of what majors’ current tools do.”

The startup, launched for less than a year, is already receiving praises from music business experts: selected as one of the 20 music startups to watch in 2018 by Music Ally, winner of the Slush Music competition in 2017… According to Jesper, the reason for this success is simple. “We are taking something that a lot of people don’t understand, or that they thought could not be done. We make a large range of data available. And we focus on one thing: radio. We focus on that and we are the best for it. Nobody can compete with us in terms of price, coverage and user experience. It’s a big responsibility!”

Radio is here to stay

Jesper is confident radio is not disappearing soon. Quite the opposite actually: “A lot of big radio stations are currently struggling because advertising money is not a strong as it used to. But according to a UNESCO Report, 94% of people worldwide listen to the radio at least once a week. That’s almost 7 billion people. More than all the streaming platform and YouTube combined!”

“With digital radios, the format will continue to evolve, and we will be able to listen to any radio, anywhere, even without coverage. I think we’ll see a lot more bloggers, charities, companies launch their own radios.”

Next steps for WARM

A lot of things are planned for 2018. The priority is expanding the number of stations tracked to reach between 35,000 and 40,000.  “Our focus is to increase radio coverage as much as possible. We are missing whole areas like Central Africa, Asia, and maybe Greenland! But apart from there, we are well established everywhere. Then we want to add YouTube and TV monitoring.”

The team also plans to release the WARM RPS plugin, and to launch charts by genre and no longer per country. True to their objective of helping long tail artists first, these new charts will highlight emerging artists even more. “Charts are often topped by international artists, and small local bands are absent. We want to create charts by genre, in larger geographic areas, to acknowledge small artists and help them.” And they are not stopping there. “We are also working on building a college radio airplay chart system for the 760 college radios in North America. This will help local and small artists because these radios play the music they love, not just new songs or top artists.”

Last item on Jesper’s to do list: “I’m going to participate to a panel at SXSW this year. It was one of my objectives when I started, and I achieved it in 8 months. I feel very lucky, now I need to review by objectives list!”

To reach Jesper: email or LinkedIn. “I’m doing my best to answer everyone!”